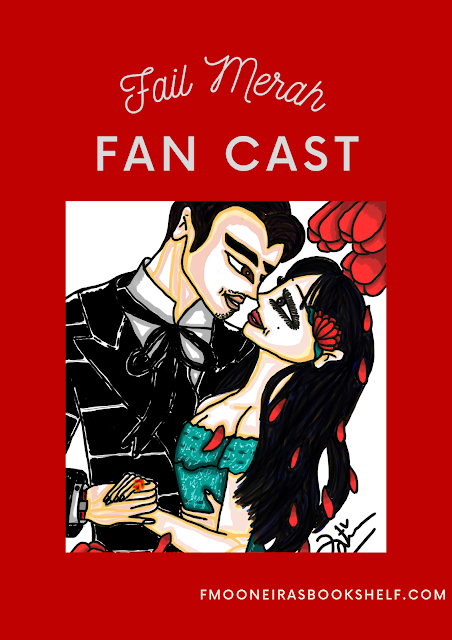 Fadima Mooneira is back with a brand-new content for Fail Merah. How are you guys doing lately? I hope you guys are doing good. I also hope that November is treating you right ^_^

First of all, I want to say thank you to those who already purchased and read my first novel, Fail Merah. I hope you guys enjoyed the story. I also did my first public appearance last October at Lamanda, Shah Alam. Syukur alhamdulillah. The event was awesome ^_^ Therefore, I want to thank those who came to the event. FYI, I already posted a reel video of the event on my Instagram @mughunghwa. So please feel free to check it out. Thank you for your love and support ^_^ 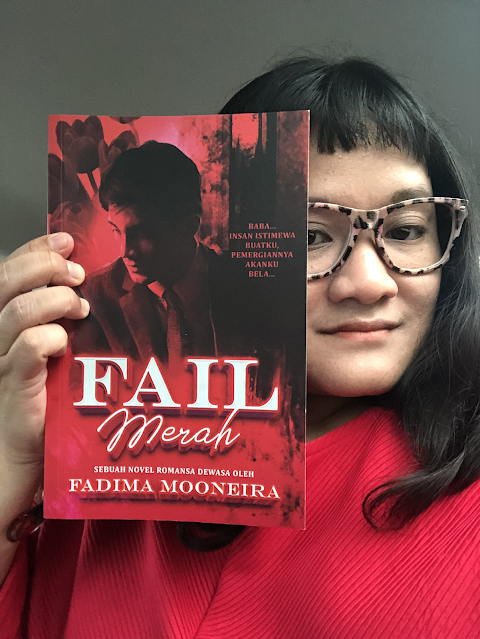 Me & my first novel, Fail Merah (Image: My Instagram @mughunghwa)

PS:  I want Fadima Mooneira's international readers to join the fun on this post. So that's why I choose to write it in English. 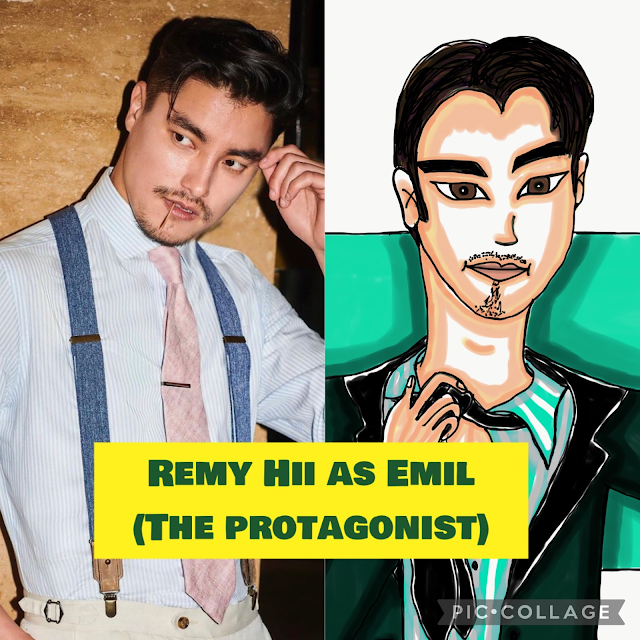 Emil Muhayat is the protagonist and hero of Fail Merah. He is a morally grey and enigmatic hero who strongly believes in integrity and revenge at the same time. At the beginning of the story, I portrayed Emil as a somber and hot-headed young diplomat who wants to avenge his father's death. And to Emil, love & kindness do not exist. But when Emil meets his love interest, Dahlia, he starts to believe in love & kindness again. He also slowly starts to forget about seeking revenge.

As a creator of the character, I fan-cast my no.1 man-crush, Remy Hii as Emil Muhayat. In fact, I created Emil after Remy. Plus, Remy is my main inspiration and motivation to write Fail Merah and make this novel a reality. FYI, I already posted a book heartthrob profile post of Emil Muhayat on my blog. So please feel free to click on this link if you guys want to know more about the character >> BOOK HEARTTHROB PROFILE: EMIL MUHAYAT FROM FAIL MERAH 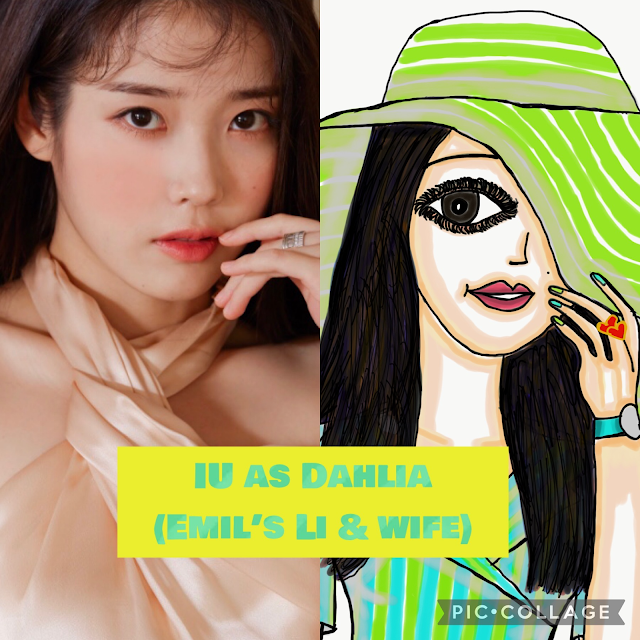 Dahlia Jamilah is a beautiful and kind-hearted lady diplomat. She is the main character's love interest and the heroine of the story. Dahlia also becomes Emil's wife in the middle of the story. Dahlia is a miracle for Emil. She's his angel and the woman who makes him believe in love, kindness, and all the good things again.

Since I fan-cast my no.1 man-crush as Emil, I believe Dahlia Jamilah should be played by my no.1 girl-crush, IU. After all, I created Dahlia after IU. Like Remy, IU is also my main inspiration and motivation to complete Fail Merah. As a fan of Remy Hii and IU, it has always been my dream to see them as an on-screen couple. Hehehe ^_^ 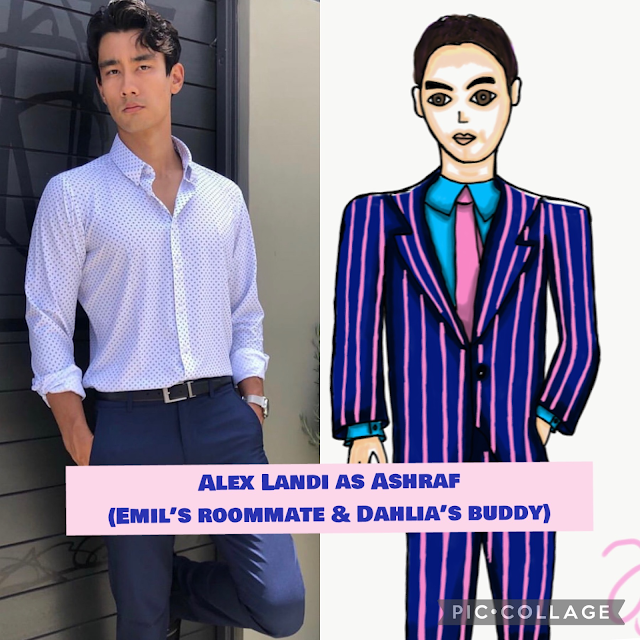 Faiz Ashraf is the antagonist of Fail Merah. But he is not the villain. Ashraf is not a bad character. He is just an emotional character. Ashraf has his own backstory. But I did not reveal it clearly in Fail Merah since it's Emil Muhayat's story. Insya-Allah, I will reveal Ashraf's story if I have the chance to write again in the future. I'm actually planning to give Ashraf his own story and romance.

In Fail Merah, I portrayed Ashraf as a very shy, quiet, and polite dude. He is Dahlia's buddy and Emil's roommate at work. Ashraf secretly has feelings for Dahlia. But unfortunately, he is too shy to tell her. Ashraf gets merely jealous when Emil marries Dahlia. Therefore, I fan-cast Grey's Anatomy's actor, Alex Landi as Faiz Ashraf. I believe Alex is perfect for this role. 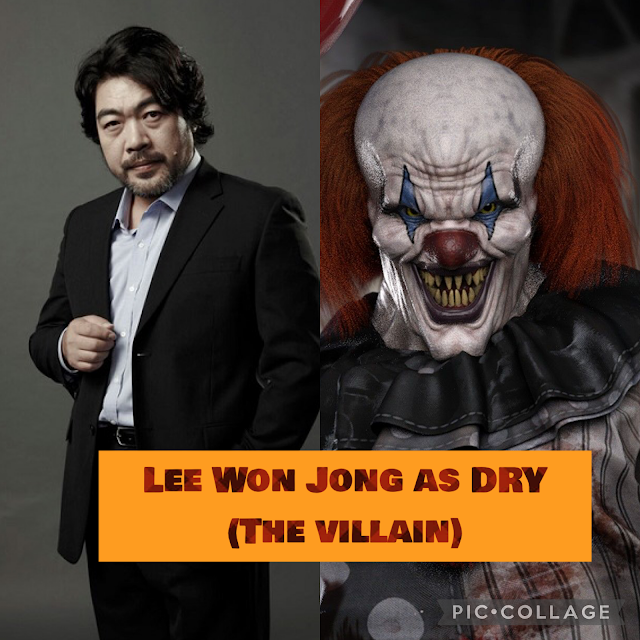 DRY is the villain of Fail Merah and he is Emil's big boss at work. He is the devil that Emil wants to seek revenge on. DRY is a very evil and greedy character. He will do anything for power and wealth, including hurting innocent people.

As the writer of Fail Merah, I used South Korean veteran actor, Lee Won Jong to create DRY. I believe Lee Won Jong suits this role. Plus, he already played a lot of villain roles in K-dramas. So of course, Lee Won Jong is perfect to play DRY :P 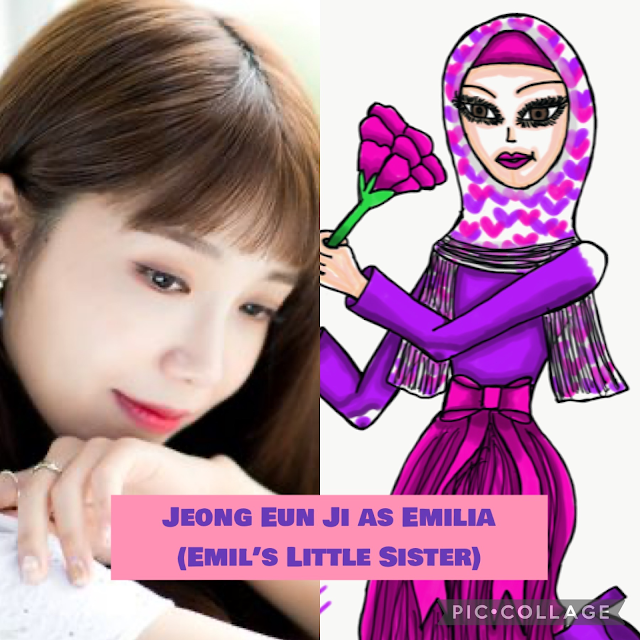 Emilia Muhayat is Emil's younger sister. She's one of my favorite side characters in Fail Merah. Emilia is a very sunny and cheerful character. Plus, she's also smart and wise. She's like Elle Woods in Legally Blonde. Therefore, I fan-cast South Korean actress and singer, Jeong Eun Ji as Emilia Muhayat. I believe Eun Ji has the same sunny vibes as Emilia. Plus, I also like to see Eun Ji and Remy Hii as siblings. 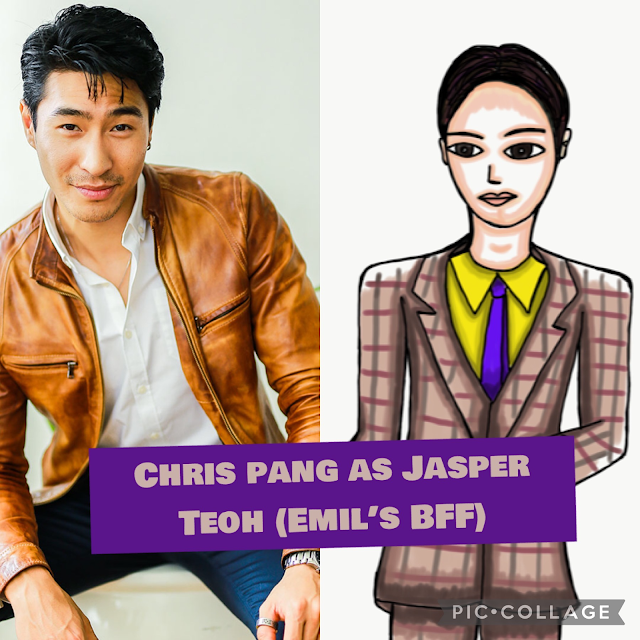 Jasper is Emil's BFF and most trusted person. Emil shares his joys and sadness with Jasper. Jasper is a good friend and listener to Emil. Besides Emilia, Jasper is also one of my favorite side characters in Fail Merah. Jasper is very cool, friendly, talkative, funny, flirtatious, and a ladies' man indeed. I believe Chinese-Australian actor, Chris Pang suits this role. Plus, Chris Pang is also a good friend of Remy Hii ^_^ 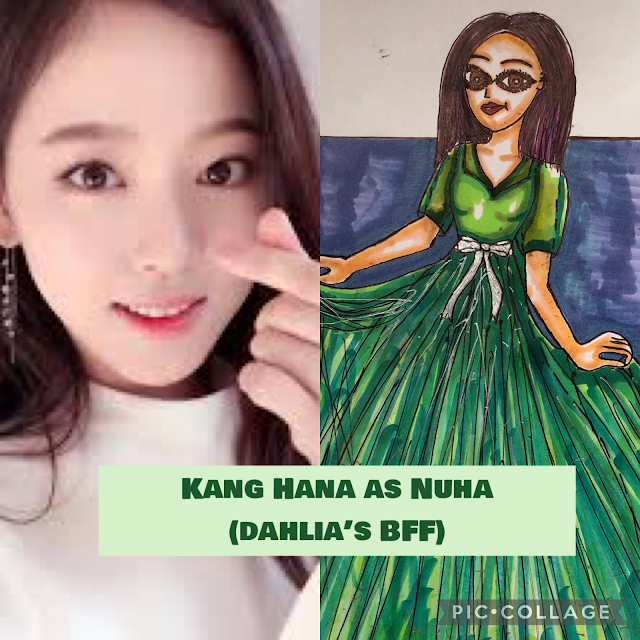 Nuha is Dahlia's BFF. She is a smart, cool, trendy, and pretty character. Therefore, I fan-cast South Korean pretty actress, Kang Hana as Nuha. After all, Kang Hana is one of IU's good friends. I'm sure she fits the role perfectly. 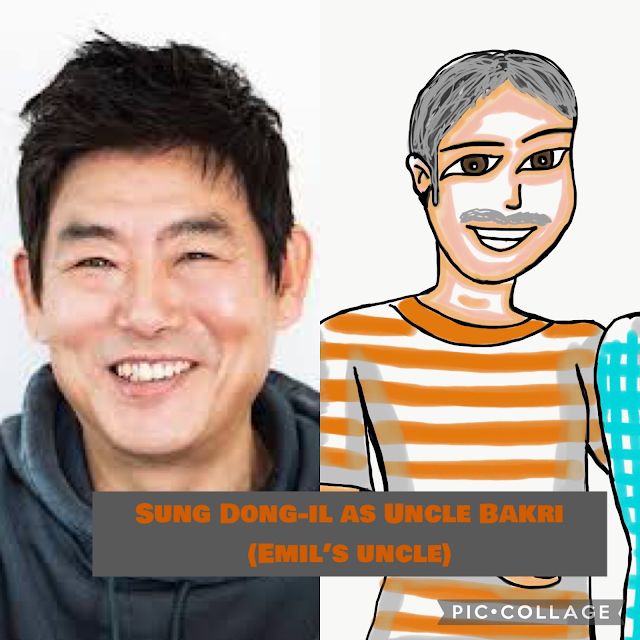 Since Uncle Bakri is a very lovable character, I choose South Korean veteran actor and TV host Sung Dong-Il to play him. Like Uncle Bakri, Dong-Il is also a lovable and cool person. That's why I believe he is perfect for this role. 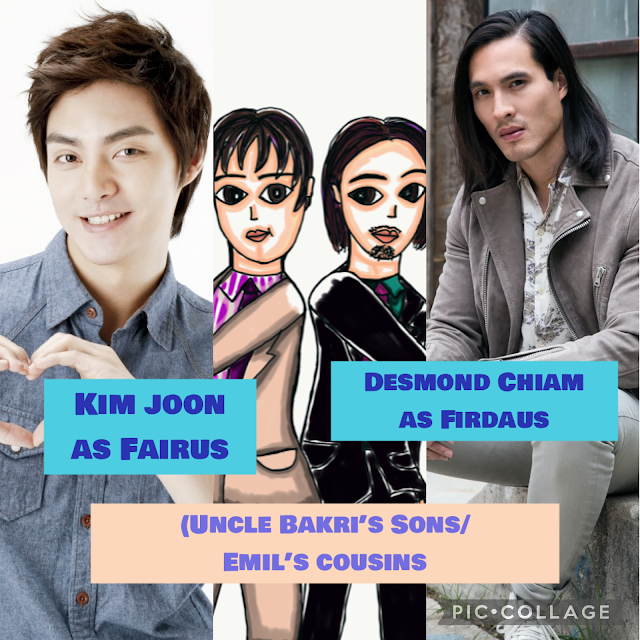 Firdaus is Uncle Bakri's younger son. He is the same age as Emil. But Firdaus is a few months younger than Emil. Unlike his brother, Firdaus is a very quiet person and he doesn't talk much in the story. But he is a good listener.

I fan-cast South Korean actor, Kim Joon as Fairuz. Kim Joon used to be my man-crush back in 2011. I had a crush on this hunk after watching him as Prince Song Woo Bin in Boys Over Flowers. And as for Firdaus, I choose Singaporean-Australian actor, Desmond Chiam for the role. Like Firdaus, Desmond Chiam is also a brooding person. So that's why I believe he is the perfect actor to play Firdaus. 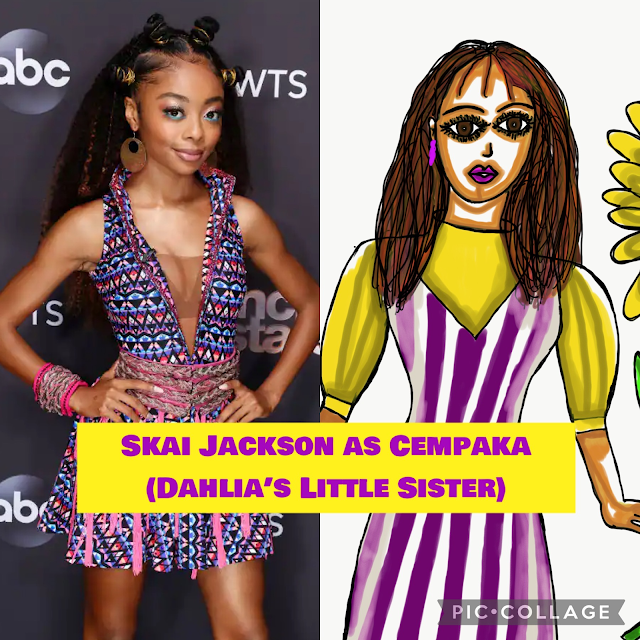 Cempaka is Dahlia's younger sister. But they did not look alike. It's because Cempaka is actually Dr. Iskandar & Mrs. Insyirah's (Dahlia's parents) adopted daughter. And she is from Sudan. Like Emilia Muhayat, Cempaka is also a very cheerful and bubbly character. She loves art and is studying fashion at a private university.  Therefore, I choose to fan-cast Skai Jackson as Cempaka. I believe this pretty black actress is the best to play Cempaka. 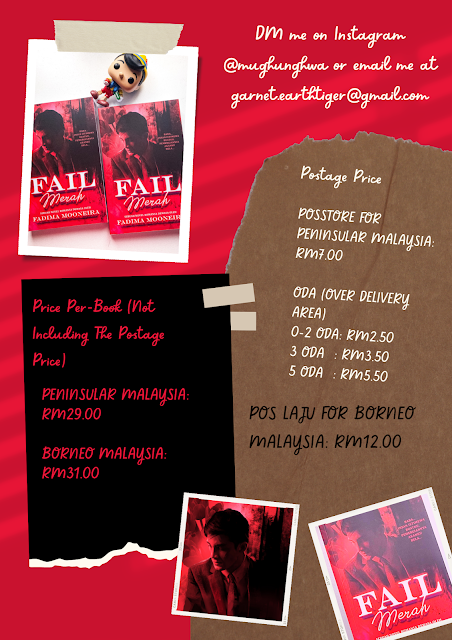 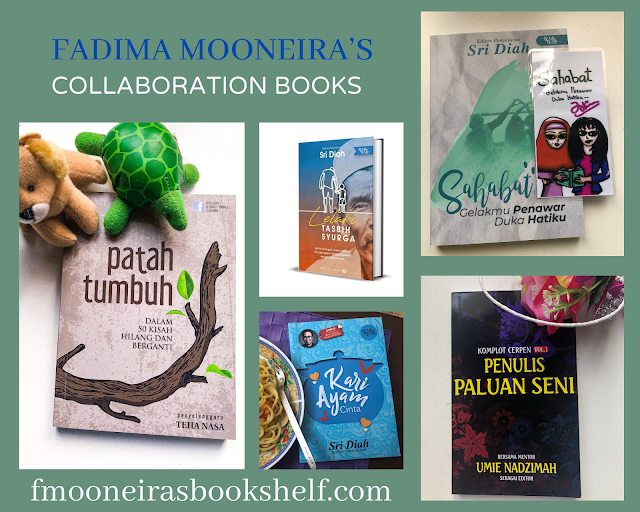 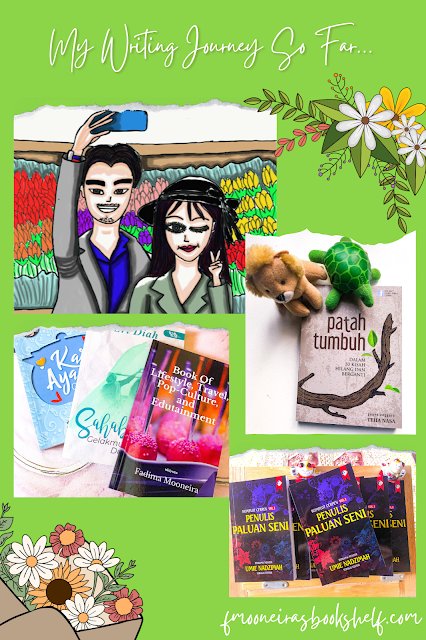 MY WRITING JOURNEY SO FAR... 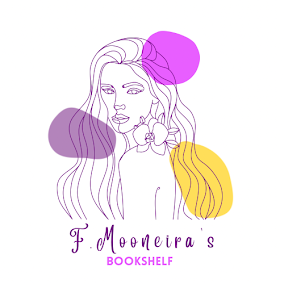 Fadima Mooneira
Fadima Mooneira is a millennial authorpreneur, content creator, blogger, and illustrator from Malaysia. She describes herself as artistic, creative, innovative, imaginative, and trendy. Fadima writes about pop-culture, edutainment, lifestyle, beauty & travel on her blog. As an author, Fadima has published seven books ~ one novel, one solo book, and five collaboration books. Fadima has an MBA in Marketing from the National University Of Malaysia (UKM), and a BSC Hons in International Fashion Marketing from Manchester Metropolitan University. 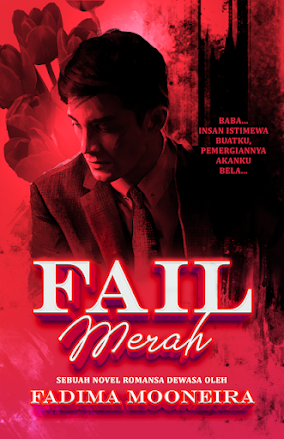 CLICK THIS IMAGE FOR MORE INFORMATION ON FAIL MERAH! 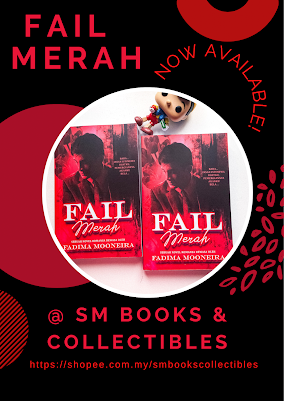 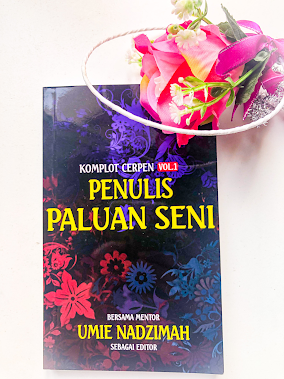 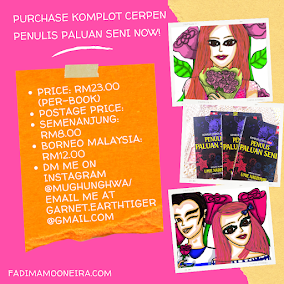 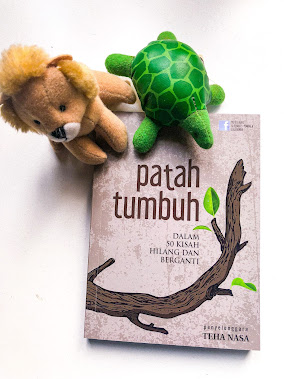 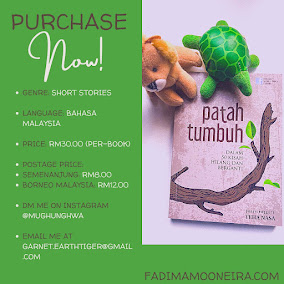 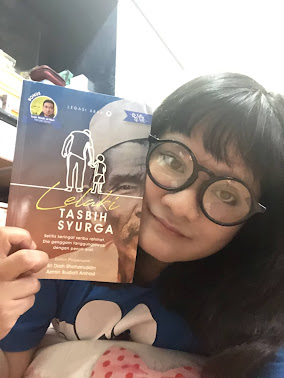 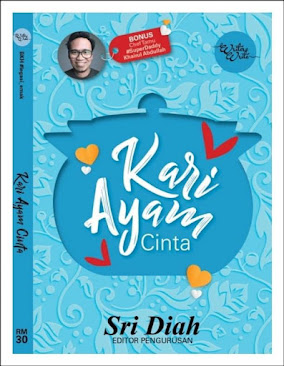 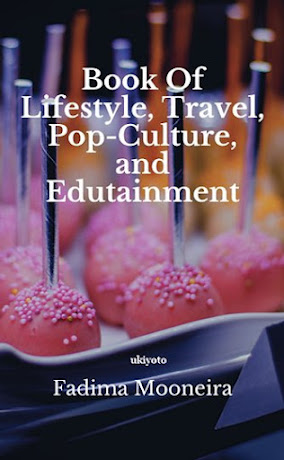 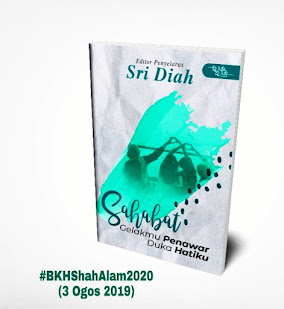